Woke up around 5am, and our bus was already parking. We reached Siem Reap! It was still early, but, good thing our hostel: Rithy Rhine Angkor Residence, offers free pick-up/drop off from/to airport and bus terminals, and free buffet breakfast for 27USD per night. The hostel is also in a perfect location cos night market is just outside the hostel! We didn’t have any problems with the noise as well even if it’s near the road, maybe because our room is the poolside 😀 The only downside was it was fully packed when we arrived so we can only stay in the lobby until they made up our room, no early check-in!

Nevertheless, we managed to get around Angkor Thom on the same morning and with the same tuktuk driver who fetched us from the terminal. Our tour only cost both of us 15USD for the whole day with additional 5USD for sunset at Angkor Wat. The hotel tour rate was cheaper than booking online (true! we met fellow Filipinos and I felt bad for them cos they only visited Angkor Wat and it cost them 50USD EACH!). Exclusive of the tour price was the temples’ entrance fee, $37 for one day, and it is paid individually since they will give you a paper ID with your picture on it.

don’t mind the picture, here is the one day pass we bought for US$37

The small circuit tour was comprised with the following temples:

Baphoun Temple: we first visited this beautiful ruins! Baphoun is an ancient mountain temple, built by the Khmer Empire in the ancient city of Angkor Thom.

they are restoring some parts of the temple

Ta Prohm Temple:  the one with a lot of gigantic root of trees over the temple and where the movie TOMB RAIDER was shot.

and huge trees too..

the moss on the walls ❤

Prasat Bayon Temple: this is really a magnificent temple and one of the highlights of this tour. It is situated at the center of Angkor Thom city. The temple has 49 towers which every tower has 4 faces, so a total of 196 faces of Budhhistsatva Avalokestesvara!

Terrace of the Elephants and Terrace of Leper King: From Bayon Temple, we walked through the terrace. This is located inside the Angkor Thom complex where the Angkor Wat is also situated.

can you see the elephants?

this is an ancient library, it is also situated inside Angkor Thom City

front view of the library

strolling at the elephant terrace

South Gate of Angkor Thom: We stopped by to snap a picture of the restored south gate of the ancient city. They said, the row of statues on the left are the devas, “heavenly gods”, and on the right are the asuras, “demons or demi gods with negative qualities”. Both rows are holding a naga in the attitude of a tug-of-war(a).

the gods in tug-of-war

main arch of the south gate

Angkor Wat Complex:  This temple was the last temple we visited for the sunset.  And it is really huge! However, the weather was not so good, so no sunset for us. Angkor Wat is the largest Hindu temple and also preserved by UNESCO. It is considered as the largest religious structure ever built, and one of the most important archaeological treasures in the world(b).

view from the highest tower in Angkor Wat-

corridors, pillars and all the drawings and writings on the wall ❤

they guided us where to exit, cos we looked lost haha

There were also other temples we visited that I cannot remember the names anymore.

some good spots for photo-op

some temples are too high to climb, so be careful!

For the nightlife, Siem Reap offers a lot of pubs and bars. Just head to the Pub Street and choose your own style, whether you want to dance, have coffee or just have a chill and relax drink, everything is there! And bonus for us, it’s only less than 10mins walk from our guesthouse.

they have “original” night market, maybe there’s a fake one too 😀

this is a famous bar, but we were sitting in front of it. “Angkor what??”

Our stay in Cambodia was short but, sweet. I learned a lot from this country, both historically and culturally. Not all people enjoyed Cambodia as I’ve asked around for some recommendations before. Maybe they did not see what I saw. Well, this is a good place to visit!

PS. all their tour guides are so knowledgeable, and they are all multi-lingual!! (jealous :D)

BE A GENIUS MEMBER AND BOOK via this link: BOOKING.COM to get a 10% refund after you check out 🙂 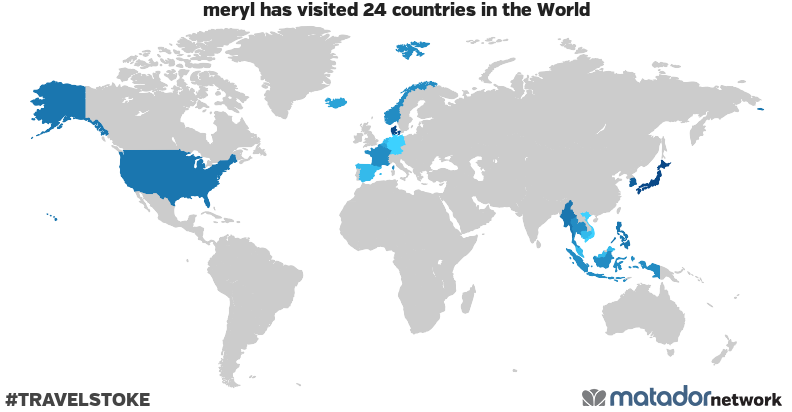